Stud poker is one of the most popular variations of poker after Texas hold’em. This poker game is played with two to eight players. You can play the game online similar to the way you would play five-card stud poker. 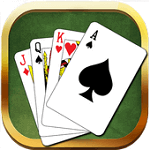 Although the game might seem intimidating, it is quite easy and straight-forward to learn. In this guide, we will look at stud poker strategy, rules, games as well as how to play the game.

What Is Stud in Poker?

As we have already mentioned, stud poker games are popular amongst many gamblers globally. Simply put, the game, has a number of variations where every player is dealt a mixture of face-up and face-down cards. The cards are dealt in different betting rounds. Moreover, stud poker online games are generally non-positional games. What this means is that the player who bets first will change from one round to the other. In most cases, the player with face-up cards is most likely to make the best hand. 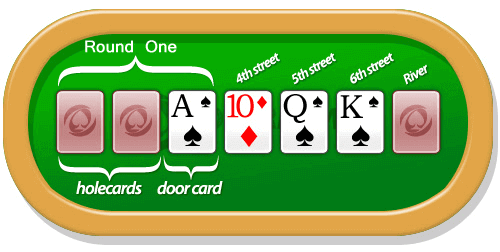 You can find numerous variations and most of them are popular and loved by many. The most popular version is seven card stud poker online free. There are other versions that players can enjoy and our team looks at them below:

As the name suggests, Caribbean stud poker was originating in the Caribbean Islands. It is suggested that the game first surfaced in the early 1980s. When playing this variation, players have the chance to win a progressive jackpot. Caribbean Stud is played on a table similar to the blackjack table.

In the UK, 7 card stud is one of the most popular variations. In most casinos, this game does not involve community cards or even a flop. The starting-hand selection in seven studs is very important.

The gameplay in this variation is similar to 7 stud. The only difference is that the last face-up round is uninvolved. Therefore, it is one down, two down and three up. In six card stud, the final card is dealt face-down.

5 Card Stud first surfaced during the American Civil War. The game kicks off with each player being dealt two cards; one card face down and another face up. Following that, there is a betting round and a ‘bring in.’ Additionally, the betting round is known as ‘Streets’ in five card stud. Therefore, ‘Fourth Street’ refers to the fourth card.

In Razz, the lowest hand wins rather than the highest hand. This variation has rules and strategies that differ completely from all the other stud poker variations. Generally, Razz poker is played for ace-to-five low. This is also known as lowball poker. Moreover, Razz is one of the oldest types of poker.

Stud poker rules are simple to follow. It will be even easier for players who understand Texas hold’em to play this variation. Each player is dealt five cards face down once all the players have placed their ante. Thereafter, the dealer will also deal himself five cards face down. Below share the basic rules of playing the game:

1. Firstly, each player needs to place an ante into the pot.

3. Now, the first round of betting will kick-off.

6. if the dealer beats the player and qualifies, the player will lose their ante and raise.

Stud poker has nine hands. The objective of the game is to beat the dealer. Below we look at the different hand rankings:

No Pair: The hands are rated by the highest card each hand consists of. This is a common hand where there are no five cards of the same suit of similar rank. Additionally, none of the five cards pair up.

Three of a Kind: This hand features three cards that are of the same rank, while the other two have different rank each. This means a four, a seven and a three Jacks.

Straight: Straights pay 4:1. It is when there are five cards in arrangement, however, not all of them have the same suit.

Flush: Flushes pay 5:1. It is five cards that are all of the same suit, however, not all in order.

Full House: This hand consists of three cards of one rank as well as two hands of another rank. For example, two 4s and three 8s.

Four of a Kind: This is the highest hand after a straight flush. Four 3s and four aces is an example.

Straight Flush: In this hand, only the standard pack is used. It is the highest possible hand and there are no wilds.

Five of a Kind: You can find this hand only where at least one card is wild.