Online bingo sites basically apply the same rules as the original game that is played at land-based casinos. The only difference with online bingo game is that everything happens onscreen on a device instead of a local hall. 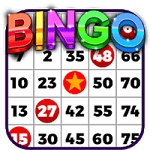 The new wave of online bingo enables players to hit full houses on their computers, smartphones or tablets. Number generators are used to ensure the game is fair. We share the best sites to play bingo in this guide.

As already mentioned, there are a number of factors to consider when choosing the best online bingo sites.

These sites need to have certain characteristics that stand out and that attract new players. It is, however, important to note that when choosing the best online bingo site, player’s personal preference plays a huge role.

Below we list some of the factors to look out for when choosing the best online bingo site.

Before you can go ahead and commit, you need to start with licensing credentials. The website needs to be recognised by authorities.

This means that the sites offer an assurance that the Random Number Generators (RNGs) governing the draw of the bingo balls are in line with the regulator. Players are advised to steer clear of any platform without any form of approval.

Online bingo has so much variety available for real-money players in the UK. Generally, a good bingo site should have a decent mix of the British classic 90-ball bingo, 80-ball games as well as 75-ball.

If a bingo site has multiple games, it allows players to filter selections by software provider and theme. Players need to ensure that they explore the bingo site homepage in order to find out about the variety of games available.

There are close to 80 mainstream bingo software providers available and it is a little tricky to establish which is best. Huge names such as Virtue Fusion have a decent range of games that work on all platforms.

Casino developers like Cozy Games and Gamesys also have robust bingo offerings. One of the larger providers of online bingo is Dragonfish. This provider offers games close to 60 of the industry’s big players. Its platform includes 75-ball and 90-ball bingo as well as free-play bingo games.

Branded Games and Side Action

A common practice for regular online bingo players is taking a quick spin on the slots during the downtime between bingo rounds.

Some developers tie up popular slots titles with bingo offerings while others tend to feature a range of online slots that can be accessed via the bingo page. Bingo sites also feature progressive games which have become standard at the best bingo sites, scratchcards as well as online slots.

Mobile gambling has enabled bingo players to enjoy the game from the comfort of their homes. Its accessibility and convenience has meant that a number of games are available via desktop.

Although there might be a limit for mobile phones, some developers are continually working to adapt popular titles for the smartphone generation. Due to the fact that some mobile bingo sites are associated with the main website’s desktop clients, players can also enjoy the same level of RNGs and security.

The best online bingo sites are linked to recognised payment processors such as PayPal, Mastercard, VISA, Skrill as well as Neteller.

All of these payment methods provide added security to protect player’s transactions as well as ensure that deposits are made with speed and ease. For making withdrawals and deposits at real money casinos, this gives players vast amounts of choice. 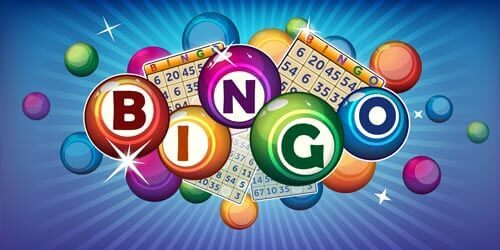 Generally, bingo online games come in five standard formats. For online bingo players, we have listed below the available formats:

Entry Fee– Players will be expected to pay a small fee in order to play bingo games online. Although there are some online bingo games that will be available to play for free.

Guaranteed Prize Pots – Once the card has been filled, the winner will be given a fixed amount.

Progressive Jackpots – Online bingo games prizes can rise to a high number. Usually, the prize money is calculated based on the percentage of tickets that have been bought in total.

Themes – Bingo themes are usually created by software providers based on films and TV programs.

Side Games – Depending on the gambling site, players may be allowed to play other side games such as slots and table games in between playing bingo.

When playing bingo on the internet, there are various bonuses that players in the UK can enjoy. Bonuses are a great way of attracting and enticing new players.

It is important to read the terms and conditions that cine with every bonus. Getting your hands-on bonus deal enables players to continue on the free ride even though they are visiting a site that is paid.

Players in the UK can enjoy bingo on their mobile devices. Mobile bingo online is the perfect fit for players who prefer to play on the move. Many bingo sites have the relevant commission licences.

For UK players, there is a vast number of bingo game variations on the net. Each casino offers a different variant from the next. The few common types of bingo jackpot games available at every online casino are the 30 balls, 75 balls, 80 balls and the 90 balls. Although the themes may differ fundamentally, everything else is the same.

The 90-ball is the most popular game in the industry. There are 15 numbers ranging from 1 to 90 and it is usually played on a 3×9 grid. Prizes are won if numbers are matched on any line.

Players can win three prizes in 90-ball. In order for players to win a full house, they need to match all 15 numbers on the grid.

80-ball is also referred to as coverall bingo. The grid is 4×4. Numbers on this grid range from 1 to 80. In order to win this type of bingo, players need to match all 16 numbers in the grid and there is only one prize winner.

Also known as the pattern bingo, 75-ball has numbers that range from 1 to 75. This type of bingo has a grid with 5×5. A 75-ball pattern can go vertically or horizontally. The winner of the game is the person who will match the pattern that has been set.

Considered a fast-paced game, 30 ball contains a 3×3 grid with nine numbers. There is only one cash prize for the game and in order to win, players need to mark off all the nine numbers.

Playing free bingo online is popular because players get the chance to enjoy the game from the comfort of their home. This also means that players do not need to be confined to a brick-and-mortar bingo hall in order to play the game.

How Old Do You Have to Be to Play Online Bingo?

To play bingo legally in the UK, you have to be at least 18 years or older. The rule applies to both land-based and UK online casinos as well as all kinds of gambling. To play the National Lottery, however, players need to be 16 years.

Is There a Way to Exclude Myself From All Bingo Sites?

The UK has a national self-exclusion programme that is combined with a majority of gambling sites. GamStop does not apply to all UK online gambling sites. Soon, the UKGC will make it compulsory for all operators to be part of the scheme. For players who want to self-exclude from sites that do not participate, it is advised that they contact the site directly via the casino’s customer service team.

What Is a Refer a Friend Promotion?

Refer a friend promotion applies when a player who is already registered at a particular site refers a friend to join a certain bingo site. This will mean the player who refers a friend will receive extra bonuses without having to spend their own cash. A lot of casinos do expect the “friend” who has been referred to make a deposit on the site. This will then validate offers and both parties will be rewarded with benefits and promotions.

Can I Open Accounts at Multiple Bingo Sites?

The two most common types of bingo are 75 ball and 90 ball games. Both these types are found at hundreds of UK online casinos.

75-ball bingo has the word “BINGO” written at the top with free space in the middle. The game is played on a square card with a five by five grid. Players completing a pre-determined pattern determines the winner.

90-ball bingo is regarded as the most widespread and recognisable format of bingo. The game is played in clubs across the UK. Players get tickets that consist of nine columns and three rows. There are prizes awarded for full house wins single line and double line.

All the UK online casinos that we endorse are licensed by the UK Gambling Commission. To qualify for the licence, the casino undergoes vigorous compliance audits and random number testing. You can read our guide to find out more about the authenticity of online bingo.