Super Pan 9 online is a popular variation of baccarat. The game is mostly played at casinos in Los Angeles where it originated. As a matter of fact, Super Pan 9 rules are way easier to follow compared to those of the traditional baccarat game. Due to the fact that the game is based on numerical outcomes, you need to know how to count speedily if you want to be successful when playing Super Pan 9. 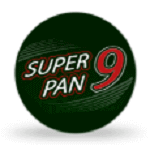 Similar to baccarat, the objective of the game is to try and reach a total number that is closer to 9. You win the game when you have a higher numerical total of all your cards compared to that of the banker. The highest numerical total in this instance is 9. In Super Pan 9, the decks of cards used range between eight or 12 and the 7, 8, 9 and 10s are removed. Aces count as 1 while face cards count as 0. In addition, cards are counted at face value.

This game uses over 400 cards and it is vital that you know how to play each hand. Although it is most popular in Los Angeles, the game is also available at casinos in the UK. You do not have to worry about math skills, our experts will share simplified card counting techniques. If you want to know more about this variation of baccarat, keep reading this guide.

In Super Pan 9, every player including the banker will place their bet before cards are dealt. Each player is given the chance to become a banker at some point. The chances go clockwise starting from number one. The designated banker will shake the dice and decide where the “Action” will begin. In addition, the banker decides the order that the player’s hand will be in comparison to his/her hand.

1. Before the game starts, each player, as well as the banker, is dealt three cards. Thereafter, you can proceed to use the last digit of the sum of your total cards. You can either Draw by requesting a new card or you can Stand by staying with your three-card total.

2. At this point, each player will be given an option to play their hand drawing one additional card or stay as is. This will start at the immediate left of the banker.

3. The banker should not draw a card but rather stand with ‘Super Pan 9’ totals of 7, 8 and 9. The banker’s hand is exposed when all hands are set.

5. You win if your hand has a higher total compared to the banker. If the final outcome is your hand and the banker’s hand are the same, then no money is exchanged and it is called a Push.

6. Once everything has been concluded, the banker will take care of the losses and winnings. If you want to become a banker, you must have played the previous hand. 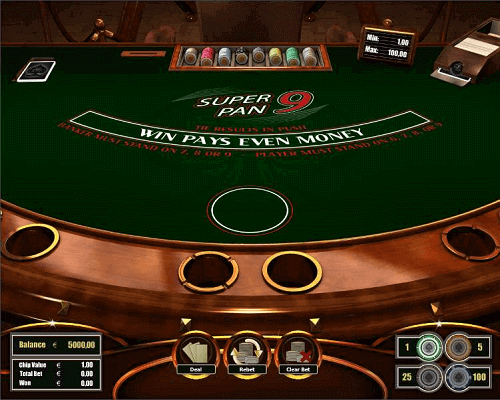 As we have mentioned above, Super Pan rules are similar to those of the traditional version of baccarat. Also referred to as Pan 9, the aim of the game is to get as close to 9 as possible. Below are six easy rules:

2. Players have the opportunity to become the banker, however, you can decline the banker position.

3. Excluding the banker, all players will make a wager.

4. Players will be dealt three cards each face down. Every player can either draw a card or stand.

5. The banker will then draw a card or stand once all the players have acted.

6. The player will lose if the banker has more points. However, the player will win even points if they have even money. Should the outcome be a tie, then no money will be exchanged.

Pan 9 odds mostly depend on the gambling site. You might find sites that offer bonus bets and odds depending on the suit of the hand. The BC Bonus is one of the most popular bonus bets in Pan 9. This features payouts that depend on three cards of a similar suit, any colour as well as similar colour. With the Dragon bonus, on the other hand, the payout on a hand involves four or three cards. The cards can be not suited the same colour of suit.

When playing Super Pan 9 online, there are two solid strategies that players should always keep in mind. There is a different strategy for both the player and the banker. With the banker, the strategy is mostly based on the way the player handles their hand.

There are three numbered circles for each player’s position for placing bets. The player who handles the cards and occupies the seat will be given the number 1 circle. The other players may wager on the numbers 2 and 3.

The player who makes the largest wager has a say on If there is a disagreement about how the hand should be played. All the bets in number 2 or 3 positions will pay equivalent time ‘Collections’ prior to each hand being played. At the beginning of each hand, the casino site will take a small Collection but it does not participate in wagers.