The Labouchere system is regarded as one of the more complicated systems and many players shy away from it. Although it is a bit complicated, the Labouchere strategy is widely used by gamblers. It would take a bit of time for a beginner player to get the hang of the game.

This is a negative progression system, which means that after losing bets, the stakes will increase. It is also known as the American Progression, the Cancellation System and the Split Martingale. The main objective is that you are able to recover the losses from wagers with wins that are smaller.

What is the Labouchere Betting System?

In addition, the labouchere betting system is a bit more complicated than the Fibonacci and Martingale. At the centre of the system, players will notice that it is easy to use once you get the hang of things. The system can be used for roulette as well as other casino games. 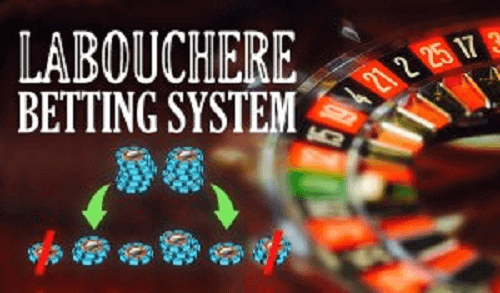 How the Labouchere System Works

Attempting to understand the labouchere system at first go is not an easy task. This is why we recommend that you keep your eyes glued to this guide. In essence, the strategy was premeditated to be used on even money outside bets on the roulette table such as black or red, 1-18/19-36 as well as Even or Odd. Below, we look at how the system works:

1. Firstly, we recommend that you don’t use the system for inside bets as this can be a bit risky. You will end up losing a lot since the numbers don’t add up. We suggest that you bet on something with around 50% success chance.

2. Secondly, you need to decide how much you want to win, if you use the labouchere system. You then have to separate the figures into smaller numbers that total your goal.

3. You are able to determine the way you split up the amount of money you win as well as the sequence.

4. You should take the rightmost and leftmost numbers from your sequence and add them together when you start playing the game.

5. Cancel out the numbers from the sequence you have used, if you manage to win the bet.

6. The system suggests that you take the wager amount and add it to the right end of your sequence if you lose the bet.

There are pros and cons to this betting system, much like any other. When it comes to the labouchere there are not many disadvantages. Below we list some of the pros and cons of using this system when playing roulette:

Modifications to the system

The fact that the labouchere system is flexible makes it a great option. You can easily make modifications to your sequences after you use the system a couple of times. Moreover, you can find a number of variations of the strategy to use if you want to salvage a losing streak.

In addition, you can make a decent profit if you start with a long sequence that has higher numbers. However, this depends on the fact that you manage to finish the sequence. Moreover, you are able to split the sequence when it gets longer after a losing streak.

You can use the reverse Labouchere system to switch things up. Therefore, if it happens that you lose, you can cancel out the numbers as opposed to adding. You will add the amount to the right end of the sequence if you win.

Does the Labouchere System Really Work?

Yes, the labouchere system is effective when used correctly. This system is capable of returning a profit through winning less bets compared to losses. If you are able to avoid going on a lengthy losing streak, you can make a profit. However, it is important to note that there will not be any lengthy losing streaks. As a matter of fact, , if you play long and often enough, you will have losing streaks.

A losing streak can have an outcome of the required stake getting too high. This is due to the fact that you increase your stakes after every loss. Additionally, there are betting limits to consider even if you have a huge bankroll. It is vital that players keep in mind that with this strategy, you need to ensure that your bankroll has enough to handle some losses.