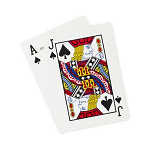 The gameplay differs slightly from the regular blackjack. The rules of the game are, however, similar. If you want to try an alternative to traditional blackjack, you can try tournaments. They are a great way to break away and get your mind on something new. 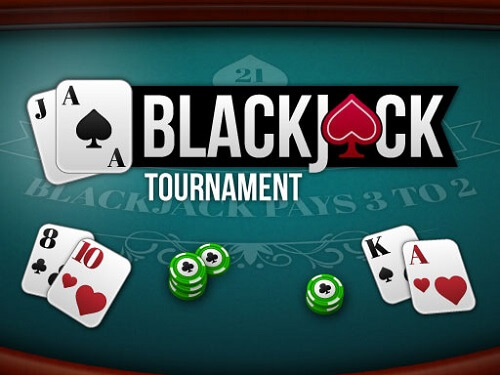 As we have mentioned above, there are numerous kinds of tournaments that players can partake in. You will be expected to pay an entry fee when you join the blackjack tournament. The gameplay remains the same in all the tournaments. However, each tournament has its own unique features. Below, we list the different types of tournaments:

When you play tournaments, you will realize that there are Mini and Major tournaments. With the mini-tournaments, the entry fee, and the prizes are smaller and are held on a weekly basis. Major, on the other hand, offers larger prizes, and the fee is also bigger. In addition, the games run over two days and are held on weekends.

With this type, you place the full amount of your own money at risk. In essence, these games are played with chips with real money value.

This is more of an entry-level type of tournament. Players will not win any real money prizes. However, this will give you an entry into other higher-value tournaments.

As the name suggests, this tournament does not require any entry fee. The prize is not big, but they are worth the try. These tournaments are used to attract players into playing blackjack.

If you want to try your hand in this kind of tournament, you will have to register beforehand. The games are played at a fixed time.

Here, there is no particular start time set, and they are strictly played online. Once enough players have joined, the tournament will kick-off. There needs to be a maximum of six players, and it is strictly played on the internet.

Elimination tournaments are one of the more popular amongst players. In this version, only the one player who wins will be elevated to the winner’s table. The rest of the players will be eliminated from the game. Depending on the tournament rules, you will not be required to pay another entry fee to re-enter the tournament.

How to Play Blackjack Tournaments

Similar to any other casino game, you will have to learn the rules of the game if you want to maximize your chances of winning. Taking part in blackjack tournaments can be lots of fun, especially for players who enjoy playing blackjack. Here are some steps on how to play blackjack tournaments: