American blackjack is one of the two default variations of the popular table game. The rules differ slightly from all the other blackjack games depending on the casino you choose to play at. 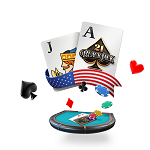 Our guide features the best online casinos where you can play for fun or for real money. The house edge is pretty decent compared to other variants of the game. This guide will discuss this topic in detail as well as American blackjack strategies, rules, and games to list a few.

When it comes to American blackjack rules, it is simple and straight-forward. However, it is important that you familiarize yourself with the rules before you start playing American 21 on the internet. The American version has rules that are specifically directed to oppose the ones commonly found in European style games.

The rules generally favour the house, but this should come as no surprise because it’s the same for almost all online casino games. Below we outline some of the common rules:

Dealer Peeks: In this variation, the dealer will always peek. This is because when the dealer has blackjack, it is not permitted for a player to lose more than their original bet. You can expect to get any overage bets returned if you find a game where the dealer does not peek with an Ace showing.

Doubling Down on Any 2 Cards: Another common rule in American blackjack is that players are allowed the option of doubling on any two-card total, as opposed to European games where you are only allowed to double down on 11, 10 or 9.

No Surrender: American blackjack does not have any surrender rules. The late and early surrender option will not be an option that is available. 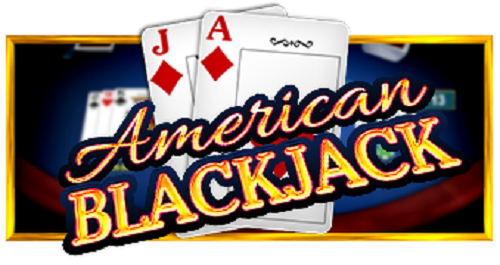 If you follow our American blackjack strategy precisely, you will be able to increase your chances of winning big. However, we urge you to be aware that the strategies we share do not guarantee a win.  American roulette is played with 6 decks of playing cards. Each deck contains 52 cards but it should be noted that the cards do not include jokers.

The best strategy to employ when playing this game is to know when to split, double, stand or surrender. Additionally, it is important that you memorize the basic strategy chart if you want to make the most of your time when playing American blackjack. You should also make sure that you manage your bankroll. This will help give you an indication on when you should walk away. Finally, have fun.

How to Play American Blackjack?

Players are allowed to split up to three times and can double down on any two cards. However, splitting is allowed only once when aces are considered. Additionally, players are permitted to surrender early in American blackjack. You need to make sure that you beat the dealer by getting 21 before the dealer does to be considered a winner when playing this table game.

American Blackjack is quite similar to European Blackjack except for a few differences. The couple of features that American blackjack has makes the game a whole lot more thrilling. In American blackjack, the dealer can peak at the second card that is facing down. This is different from other variants of blackjack. This allows the dealer to see if the blackjack is possible. The 10 – card- Charlie rules, as well as the early surrender, are other features that make American 21 different.

However, if you exceed you will ultimately lose the game. The rules are slightly more advantageous for players.

American blackjack is one of the most played versions of 21 in the United Kingdom. Players are drawn to the game due to a number of features including the great features and rules. The game is easy to follow but there are a few things that might be tricky for most players. So, our team has compiled a list of the most asked questions.

How Do you Play American Blackjack?

When playing American blackjack, you need to try and get 21 or as close as possible without exceeding it. Players can elect to draw once the first two cards are dealt. A bust occurs when a player goes over 21.

No, card shufflers are not rigged. To ensure that you are playing a fair game, try the casino we list in our guide. They are vetted and assure fair and honest results.

Why Does Blackjack Have A House Edge?

The house edge in the game of blackjack stems from the dealer having a hidden card. American blackjack has a house edge that is quite decent compared to other variations of the game.

Can Casinos Cheat at Blackjack?

No, You should consider the casinos that we feature in our guide. They are prestigious and guarantee safe and secure gaming time.

Is It Better to Play Blackjack Alone?

It is better to play blackjack at full tables. This will slow down the rate at which you will lose your money.

Should You Split Aces in Blackjack?

It will favour you as the player if you split aces. It should be noted, however, that most gambling establishments limit players from splitting aces.