RabCat casinos are known for innovative and entertaining slot machines and was launched in 2001. RabCat Gambling has its headquarters in Vienna, Austria. Although the games catalogue is fairly small, the games are still of the highest quality. Additionally, the company provides games to over 90 online gambling sites. 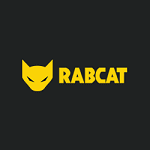 Since its launch, the software provider has been part of the iGaming business. RabCat also integrates its platform with other gaming platforms. RabCat casinos are popular for their video slots and many other slot machines.

What is RabCat Gambling

RabCat is a software provider that has its headquarters in Austria. Although the company is slow, it has made a name for itself by partnering with major providers in UK. Its unique approach makes RabCat Gaming different from its counterparts. Their games are available through Microgaming’s Quickfire platform.

So, although you can find many RabCat casinos in the UK, the games are accessible at casinos that have Microgaming software. Additionally, you can find RabCat casino games at Yggdrasil YGS Masters as well as Austrian Lotteries. To make this possible RabCat struck a B2B partnership with these companies. The software providers innovative ideas have made it the most popular in the industry.

Unlike the majority of the software providers, RabCat does not have games that can be accessed directly from its platform. As we have already mentioned, this gaming provider partner with other companies in order to make its games accessible. When you see the games catalogue, you will notice the care and attention taken to put the games together. There are over 30 high-quality games on offer. Here is a list of the most popular title;

Moby Dick: when you play this slot game, you assume the role of Captain Ahab. The objective is to find the white whale. You then have to search the sea for prizes once you have located the white wheal.

Castle Builder 2: this is an upgraded version of Castle Builder. Hence the same mechanics are used in this game. The graphics in this version are upgraded as well as many other features such as sound, animation as well as difficulty.

Being in the industry for so long, RabCat is known for its exquisite game art. Their slot games feature high quality 3D graphics. The RabCat game art division is popular due to the several big projects that the company has worked on. The company has contributed with numerous 2D and 3D ideas for character details as well as video game environments.

Popular title that RabCat Game Art worked on include Fortnite, Overwatch, Spyro Reignited Trilogy, as well as Forza Horizon 4. To date, RabCat has produced numerous great titles for a company of its size.

As we have mentioned, RabCat is well-known for producing slot games, more specifically video slots. Although we cannot compare this company to the likes of NetEnt, the games are still worth a mention. The software company does not produce games regularly, however, they do introduce new online slots numerous times in a year.

New RabCat online slots include Nikola Tesla’s Incredible Machine, Sherlock of London, Castle Builder as well as Mining Fever. All of these slot games were introduced in 2019 and they showcase the company’s creativity. Although the number of slots produced does not compare to other bigger names, one cannot doubt the quality of the games. The entertainment, sound and innovation are unmatched. So, the next time you want to try video slot games, you can look for the titles we mentioned above.

Similar to many other providers, RabCat also offers free slots where players can test their skill. We know that it might be intimidating when you first try a new game and that is where free games come in. You will not be required to use you real cash to play free RabCat slots. You can play as many times as you want and when you feel like you are confident enough you can go ahead and play for real money.

When you play RabCat demo slots, you do not have to spend a cent when you try the interesting games. As we have already mentioned, when you play free mode, you will be able to get an idea of what to expect in each RabCat slot. We recommend that before you give real money RabCat slots you first try the free slot games.

If you enjoy playing on the move, RabCat gambling has you covered. Thanks to Flash and HTML5 technology, you can enjoy RabCat gambling games on your mobile device. So, whether you use an Android or iOS device, you can enjoy all the casino games. The graphics are similar to the games you will find on your desktop. Everything is similar expect for the size and this is simply due to the screen size.