Horse poker is an acronym that describes five variations of poker. The game has a specific rotation of the different poker variants. This variation of poker is used to separate the pros from the amateurs. It will help if you have a basic understanding of the other versions of the game. 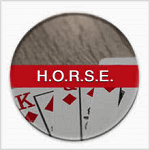 So, if you play at a land-based casino you play a mixture of poker games and not one game. The edge is drastically reduced, unlike the other specialist games. Players breadth is emphasizing across the various games.

What is Horse Poker?

As we have already mentioned, Horse poker is a combination of the most popular versions of poker. Hold’em has become more difficult over the years and most players are slowly moving away from the game. So, most players gravitated to games such as Horse poker. Here are the five most popular games that the game is made from; 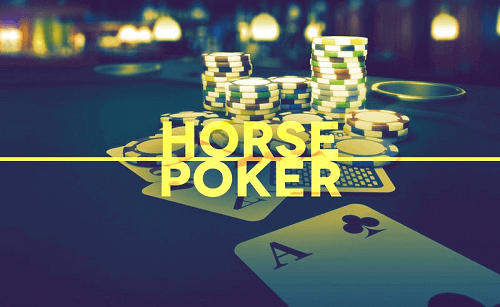 It is important that you know and understands the Horse poker rules before you can start playing the game. Understanding the rules will help maximize your chances of winning. It will work to your advantage to understand at least the rules of one or two of the five variations. Although this is not the easiest thing to do, it will help you immensely to understand the best hand in Razz, what the bring is in Stud as well as all the others. The variations of the Horse poker are played with a fixed-limit betting structure.

By now you already know that Horse poker is made up of five very exciting variations of the card game. Below, we look and discuss these games in detail;

Texas Hold’em is a popular casino game played by many across the globe. The objective of the game is to make the best possible five-card poker hand by using a combination of five community cards and two-hole cards. Live hold’em is played with a deck of 52 cards this is standard. Moreover, the rules of this version are straightforward and easy to understand. Bluffing will not help you make a profit and you will not necessarily need to outplay your opponents.

The variation of poker is played using five community cards as well as four-hole cards. The rules of the game are similar to those of Texas Hold’em. The truth is, if you are already familiar with Hold’em, Omaha will be very easy for you. This casino game has distinct nuances and rules. Knowing the poker rankings as well as playing in position is a great tip if you want to maximize your chances of winning Omaha.

When you get to this part of Horse, you will start to see much weaker play. Although not as popular as the other two variations, Razz players are usually beginners. Therefore, the players are likely to make a lot of mistakes. The object of the game is to ensure that you have the lowest five-card poker hand possible outside of the seven cards. In addition, the gameplay is similar to seven-card stud.

There are a number of variations that are available similar to any other classic poker game. The most popular seven-card stud variation known as 7 Card Stud Hi/Lo. There are four sections when playing 7 Card Stud poker these include the ante, the bring as well as the Setup, the showdown as well as the five betting rounds.

This variation has rules that are similar to Seven Card Stud. It differs in that the showdown is split. The one half of the showdown is awarded the best high hand while the other hand is given the best low hand. To qualify, the low hands need to be eight-high or better. And that is where the “e” in the name of the game comes from. Moreover, the entire pot is awarded to the best high hand, if you do not have any qualifying low hand.

How to Play Horse Poker

Playing Horse poker is quite easy and straightforward. It will be even easier if you understand Texas Hold’em. Much like other variations of poker, is dealt five cards face down in this variation. Once all the players have placed their ante. Thereafter, the dealer will also deal himself five cards face down. Here are a few steps to show you how to play this game:

It is important that as a beginner you try free mode games. This will give you some time you practice your skill and hopefully become a better player or hopefully a professional. Another important factor to keep in mind is that you need to fully understand how each variation works. Horse poker will separate the pros from the beginners. You can easily become a pro if you start playing free games. If you feel like you are comfortable enough, you can start investing your real cash.