Double Down Stud is a variation of poker enjoyed by many across the globe. This is an easier version of video poker that is best suited for beginner players. Double down stud poker is founded on a single question only, and that is to double down or not to. 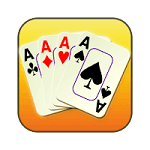 This is a fast-paced game; however, it is easy to follow. Furthermore, this game is played in the same way as other video poker version. Expert players who are looking for an easier game will also enjoy this casino game. Continue reading this guide to find out more.

How to Play Double Down Stud Poker

The great thing about video poker is that all the games are pretty much similar. When playing double down, you will be dealt a five-card hand and you can decide which ones you can discard and which to keep. Furthermore, you can get a payoff as well as replacement cards based on the poker hand ranking. Below, we share five easy steps of how to play double down poker:

1. To kick things off, the game starts after you make your first bet with one card face up.

2. After the first card is dealt, three community cards will follow. These cards will be face up.

3. The fourth community cards will be dealt face down.

4. Once every player has decided If they want to double down or not, the final card will be revealed.

5. If you win, you will be paid according to the paytable. 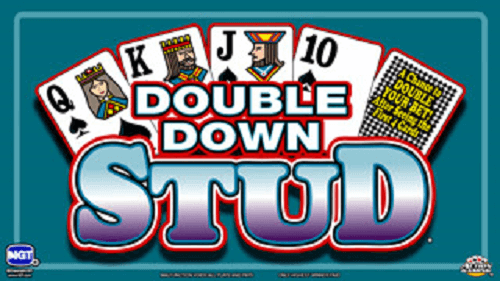 Casino gaming manufacturer, International Game Technology first introduced double down video poker back in 2002. The rules of the game are pretty much similar to those of other video poker variations. Here are some rules below:

2. Each player will be dealt one card each, facing up. Thereafter, they will get four community cards, with one face down and three up. The deck is shuffled every time before each hand is dealt.

4. The down card is turned by the dealer.

Players have 32 ways in which they can play video poker games. However, in double down, there is only one way to play the game. If they want to double down or not. Moreover, you will find a couple of strategies that will help you maximize your chances of winning. There are only three instances where players have to double their bet. These are:

1. If you hold four cards that fall under a flush, straight flush or royal flush.

3. When you hold Four cards to a straight.

Jack or Better has a standard 9/6 full pay. However, with the optimal strategy, you can reduce the house edge on the game to 0.46 percent immediately. In essence, your double down stud bet will be close to four times worse compared to Jacks or Better and other similar variants.

The majority of online video poker games use the same paytable. You can find the playtable online when you play double down stud. As a matter of fact, double down uses the Jacks or Better playtable. This is one of the most common one available. It is important to note that, your payout will double if you decide to double down.

Compared to Jacks or better, double down payouts tend to be more rewarding. This is due to the fact that double down does not include the discard cards option. When you play double down poker using the basic strategy, the house advantage is 98%. The truth is, games with a higher house advantage are better for players. Below, we look at the double down stud poker pay table:

By now, we can deduce that double down stud is a simplified version of video poker. Due to its simplicity, the strategy can be explained in three short sentences. The game is a considerably better game than all other casino games. With an exceptional house edge of 98%.