Chinese Blackjack is one of the most exciting and fascinating blackjack variations. This casino game also referred to as ban-nag or ban-luck has similar characteristics to the traditional version of Blackjack. 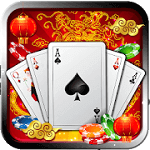 Depending on the region you are in, the game is either known as 21-Point or Kampung Blackjack. In this guide, we will look at the Chinese blackjack strategy. How to it is played as well as the probability.

Best Blackjack Casinos in the UK

Chinese Blackjack has major similarities to the traditional version of the game as we know it. However, there are a few strategies and rules that give the game a different twist. When the game kicks off, players post their bets in a matching betting spot.

To prevent any players from cutting the pack or cheating, the cards will be well-shuffled. Each player gets two cards while the top portion of the pack is placed to the side. The cut cards are added back to the deck after the first deal is complete.

The values of the cards are mostly similar to the conventional Blackjack with an exception for hands that consist of four or five cards. In that case, the aces are regarded as one. Respectively, it is counted a one or 10 when a three-card hand consists of an Ace. The Aces have a value of 10 or 11 in two-card hands. A rank of 10 is assigned face cards. All the cards that remain are regarded as their pip value. 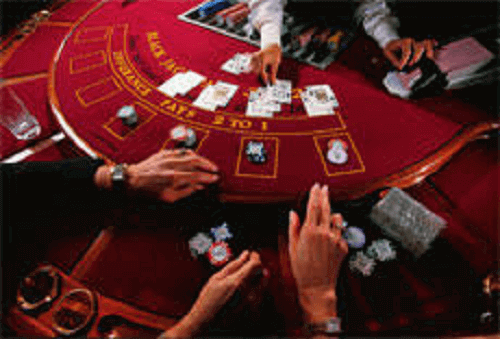 How to Play Chinese Blackjack

Only two decks are used in Chinese Blackjack. This is the reason many players opt for this variation. Moreover, players can obtain 21 much easier when playing Chinese Blackjack. It comes as a breath of fresh air as the traditional version is played with at least four to eight decks minimum.

2. When the player has an Ace as well as a card with a value of 10, they have a ban-nag. This combination pays out 2:1. The dealer will beat all hands apart from a ban-ban if he/she has a ban-nag.

3. A player has a free hand when they have a total of 15. With this, players are able to either stop playing or continue. This also applies to the dealer. The hand ends if the dealer decides to stop playing. After that, the dealer will re-shuffles the cards.

Odds and Probability of Chinese Blackjack

With the majority of blackjack variations, it’s is quite easy to find the online tables that outline the winning percentages for different hands. However, this is not the truth for Blackjack’s probability and odds. You can find Chinese blackjack odds at gambling forums on the internet.

Chinese Blackjack provides a different change of pace from the blackjack versions we know. Once you get the hang of the rules, you will prefer this version over the most. The nature of the game allows you to double or triple the size of your bet. Moreover, it is a great way to experience what other people in other parts of the world do for fun.

Chinese Blackjack online may seem complicated, but once you know the different hands, things will go on smoothly. Before the game progresses, both the dealer and the players need to check if their hands have any special card combinations. Below our team lists the four most common hands:

Ban-Luck: This hand consists of a king, jack, queen, or an ace. The player or dealer will win double their bet if they have a Ban-Luck. However, if their opposition has a tie, also known as a ban-luck or a free hand.  An opponent is allowed to cancel the hand or ban-ban where the opponent loses.

Ban-Ban: This hand is special and made up of two aces. The dealer of player win triples their bet if they have a ban-ban. The only counters are a free hand, which allows for an escape or another ban-ban, which is a tie.

Free Hand: These is two first cards that add up to 15 points. The dealer or player can choose to stop the game immediately or continue If they have this hand. If the dealer decides to stop, cards will be collected from all the gamblers and reshuffled.

Pairs: The player wins double his bet if he/she has a pair in his initial hand.

Other special hands exist in Chinese Blackjack, although they are not as popular as the ones we have mentioned. The most notable hand is referred to as a 7-7-7. However, this occurs when a player has a pair of sevens to start with. Moreover, when the player obtains a third seven. They win 21 times their first bet.