Neo Games casino software has over the years grown drastically even increasing the market share. The Israeli based developer produces over 46 casino games each year. Since its inception in 2005, Neo Games has partnered with numerous top brands in the iGaming industry. 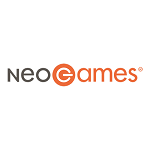 The company moved from being an administrative unit to becoming one of the top software developers in the world. Although it is popular for producing scratch cards, Neo Games also has a number of interesting casino games such as keno, roulette, blackjack, video slots as well as poker to name a few.

Who are Neo Games?

Neo Games is a software developer that has headquarters in Israeli. Founded in 2005, the company has produced over 200 gaming titles. These can be found across thousands of third-party applications. When you play at a Neo Games casino, you are guaranteed great bonus offers when you make a deposit. The casinos are safe and secure and you are assured a safe and thrilling experience. Neo Games currently employs between 300 and 500 staff that works tirelessly to ensure that things run smoothly. 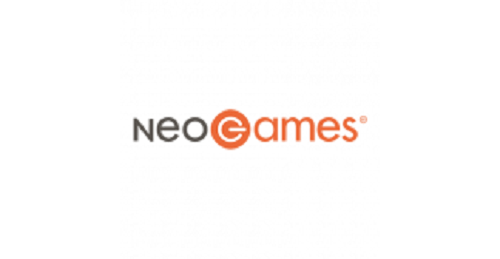 There are over 200 casino games that the provider has produced so far. With 52 dazzling slots, the majority of the library is made of classic casino games. This holds a large share of the iLottery division. The company has an iLottery games portfolio where new casinos are able to introduce their new lottery style games.

Some of their lottery games have evolved into Keno Games which offer mélange of versions with features such as multi-drawings, layered winning, side-bets and quick play. Apart from the other games we mentioned earlier, Neo Games also has instant games as well as progressive jackpots. You can also play table games such as baccarat, 3 card solitaire and 3 card poker.

The slot games at Neo Games have a high variance and offer an innovative symbiosis. Astrodice is one of the most popular slots with an intergalactic space travel theme. This slot machine has amazing visuals, crisp sound as well as generous bonuses on offer. Café Paris is another popular slot game that sets a romantic ambience. There are over 50 impressive slot titles produced by this software company. Each game comprises a wide variety of themes, design and special feature. However, there are fewer progressive prizes for players who are looking for jackpots. Other popular titles include;

Other games that form a huge part of this company’s gaming catalogue are scratch cards. Neo Games is known for producing high-quality scratch card games. Some of the most played games include Scratch 2 Cash, Safari Scratch, and Hopa. There are over 70 games that you can choose from. As well as over a hundred instant win gaming options. You can also find scratch bonuses, gamification rewards as well as in-game tournaments.

If you are looking for games that will pay you larger amounts, you can opt for titles such as Mighty Sphinx. This game has 50 paylines and the jackpot stands at 1 million coins. In addition to this, you will have access to other exciting features such as bonus symbols, bonus rounds as well as free spins. As we mentioned earlier, there are not many games that have a jackpot, so it is important that you first read up about the game before you commit.

Back in 2009, Neo Games converted all of their soft slot games into mobile-friendly ones. Thanks to the HTML 5 platform, it has become easier for players to access their favourite games on their smartphones and tablets. The mobile casinos have the same games, sound and has the same quality as their desktop counterparts. This means that the games are optimized for cross-device gameplay. So, whether you use an Android or an Apple device you will be able to enjoy your favourite casino games.

Much like any other software provider, there are pros and cons to playing at Neo Games casinos. From all the information we have gathered, there are more pros than there are cons. So let’s look at some of these below

As we already mentioned, Neo Games does not have a lot of disadvantages except for the fact that some of the slots lack detailed animation and graphics.

There are of bonus offers that players can have access to when they sign up at Neo Games casinos. Similar to the most popular providers, Neo Games ensures that they give new players something to look forward to. Moreover, they have something for existing players as well.

More than creating great games, the software provider ensures that they have something to incentivise players with. So, the next time you visit the site we feature in this guide, make sure you check out their bonus offers. You should also ensure that you read the terms and conditions and make sure you meet the requirements.