There are over 20 blackjack variations available online to date. With numerous attempts to improve this casino game, developers have come up with many exciting variations of blackjack. The majority of the blackjack games have similar rules. The great thing about the variations is that they give you more opportunities to win real money. 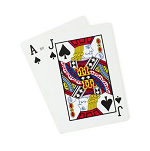 With a low house edge, blackjack has gained major popularity which resulted in the development of many other variations. In this guide, we will look at the rules, the game features and other exciting facts about the different games.

What do the different rules affect the game variations? Depending on the casino and variation, there are lots of little aspects of the game that set each game apart from the other games. Depending on the blackjack variation, players might have better odds, however, sometimes it hurts the players’ pocket.

The majority of casino games offer a house edge of between 0.5% and 1%. This is mostly true if you use the best basic strategy. In essence, you will get closer to the expected results as the number of hands you’ve played grows. It is important to note that you might win some hands and lose some when you play any game of roulette. 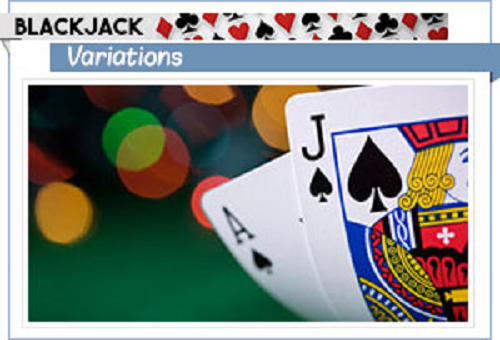 As we have mentioned, the rules of the game remain the same when you play any blackjack game. Let’s take a look at some of the most common rules you will find when you play blackjack online:

1. In all the blackjack games, the dealer hits soft 17.

2. You are restricted to getting a single card once, before having to stand. Thereafter, you have split aces.

The blackjack switch was invented by renowned casino games inventor, Geoff Hall. The aim of this game is to switch cards to create a blackjack 21 online winning hand. In other countries such as Austria, this game is referred to as Blackjack Exchange.

Besides the “switch” option there is another important factor that you need to take into account when you play blackjack switch online free game. In this version of blackjack, a dealer’s hand of 22 does not count as ‘bust’. The hand is rather counted as a ‘push’ also referred to as a draw except for instances when a player is in position of a ‘blackjack’ that was not created using a split or switch.

Super Fun 21 is usually spread in a single or double deck format. It uses a total of 52 cards as opposed to numerous decks of cards. The number of decks used in Super Fun 21 sets the game apart from other versions of blackjack. Depending on the casino you choose, aces are counted as either 1 or 11. To maximize your chances of winning when you play this game, we recommend that you hit on soft 3-8, hard 4-16, and pairs of twos, threes, fours and sixes irrespective of the dealer’s face up card.

This version of blackjack is mostly popular in Australia and Asia. At most, this game has similar characteristics to the traditional version of blackjack. At most casinos, you will find this game labelled British pontoon due to it being widely available in the United Kingdom. Although it is regarded as a variation of blackjack, some gambling professionals treat it as a separate game altogether.

European Blackjack is played against the dealer, much like the other variations of the game. You can find blackjack variants that have find variants with 4 or even 8 decks but generally, the game uses 6 decks. In addition to this, there are other variants available that are played using 2 decks.

Spanish 21 is slowly becoming less and less available. The game is based on the classic game of blackjack. And although the game shares a number of similarities to the classic game, the rules may differ in some instances. There are some twists and exciting factors in Spanish blackjack rules. This is similar to some blackjack variants such as Blackjack Surrender. This game is similar to the British variation Pontoon.

You can play each of the blackjack variations for real money. However, you also have the option to play free mode games as well. It is important to note that you are comfortable with the game, the rules as well as the features before you start playing.

In addition, it is important to remember that not all the variations of blackjack are available at online casinos. You need to do your research before you start playing. Another factor to note is that blackjack side bets generally increase the house edge. So, games that have side bets will have a higher house edge. You can decide to avoid the side bet or just leave the game altogether.