Bingo myths and misconceptions are a commonality amongst gamblers. This is mainly due to the fact that bingo is one of the most popular casino games and is enjoyed by many.

Over the years, people have formulated superstitions and myths surrounding this casino game. These have spread drastically as more and more people play the game. In this guide, we aim to debunk some of the most popular online bingo myths. Moreover, we seek to discuss some of the commonly found bingo misconceptions and how they came about.

Bingo is one of the many loved casino games. It is available at many venues in the UK. You might have come across critics who say that you will never win bingo. Some people believe that bingo games are fixed and there are no way people will ever win. However, we are here to share the truths of the game as well as sharing some truths about bingo. Here are 10 most popular bingo myths: 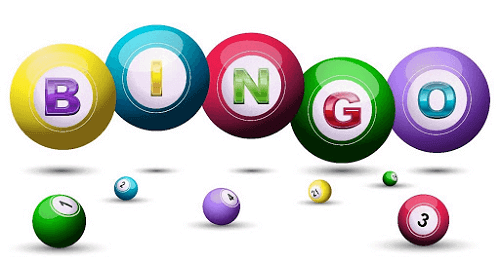 One of the most common myths about bingo is that the game is rigged. This is something that many players who are disgruntled about the results of the game. We should actually call this myth a ‘whine’ because if we are being honest, that is exactly what it is.

This myth is mostly formed by a couple of players who are not impressed by the fact that they did not win. This is not the truth. The truth of the matter is that every bingo game uses a Random Number Generator (RNG) which ensures that the game is fair. Additionally, the bingo numbers are produced in such a way that they are not unrepeatable and unpredictable. Third parties, also test the fairness of the game. So, it is false to assume that bingo is rigged.

2. The More Bingo Cards, the Better the Odds

Another popular misconception about bingo as well as the lottery is that the more bingo cards you buy the more the odds of winning the game increase.  Although this might seem like a probable fact, however, the reality is that buying more tickets does not guarantee that one of the tickets will win. The odds do not change based on the number of games you play. There is no one bingo card that has better odds of winning compared to another.

3. You Can Beat the System

There have been many times where bingo player has claimed that they can beat the system. We can safely say that this is far from the truth. As a matter of fact, bingo is a game based on luck and it is not possible to beat the bingo system. You will not be able to use any tricks or systems that will guarantee you a win.

We safely confirm that this is a myth. As mentioned above, bingo sites are regulated by the relevant bodies that ensure that the games are safe. You might come across some sites that are not licensed and regulated. You should steer clear of such a site. However, this is avoidable. What to need to do to spare the trouble is do some research to avoid shady sites.

The best and well-known bingo sites use top-rated encryption software to in a bid to protect players’ personal information. Additionally, you need to look for sites that have put in place stringent security measures and take players’ safety into account.

5. Bingo is For Old People

This bingo myth is untrue and as a matter of fact it is funny. Many people believe that bingo is only a game played by old people. This might have been the case back in the day but as technology has progressed, many younger people have played the game. According to statistics, the average bingo player is almost 35 years old, sometimes you might find even much younger players than that.

6. Bingo is A Game for Lonely People

One of the many bingo myths that is far from the truth. This is actually the opposite. Bingo is a social game. You get to interact with other people. It is easy to assume that bingo is an anti-social game because you see people sitting alone at the bingo hall or playing at home on your computer. However, this is not always the case.

7. You Will Win When You Play the Same Numbers

Not true, this is far from the truth. You will not win if you play with the same number. It is common to find players who stick to certain numbers due to the sentimental value that the card holds. These numbers include birthdays and anniversaries. Moreover, these players then stick to this number with the hopes that one day these numbers will one day appear.