Badugi Poker is a variation of the popular card game enjoyed by many players globally. This game is a draw variation where players can use cards from the deck to replace cards they have discarded from their hands. 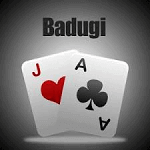 Also referred to as Asian poker, is a fairly new variation that is played at both online and land-based casinos. The objective of this game is for players to create the lowest 4-card hand, also known as a Badugi. In this guide, we will discuss this game in detail.

Badugi is a variation of poker that originated in Asia. This version is similar to other casino games as mentioned above. Most importantly, it is similar to Lowball because it is the lowest hand that wins. However, the hand ranking system is different, which sets it apart from other poker variations. In Badugi poker, hands that have four low cards, no pairs, and one of each suit are the strongest. This is also referred to as a Badugi. 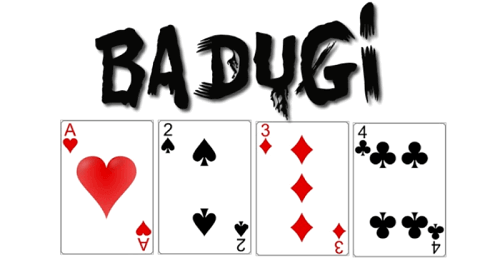 How to Play Badugi

As already mentioned, this game is a draw variation, which means that players who understand Omaha poker and Texas Hold ’em will not have trouble understanding this game. The name Badugi is about the hand of diverse cards that come from suites that are unlike. Here there are no two cards that have a similar value or suit. Here is how you can play this casino game:

2. Every player will be dealt four cards face down. In the first round, players are allowed to fold, raise, or call.

3. Once the first round is completed, players still left in hand can still draw. Players are allowed to discard any card they wish and choose to replace them with new ones. Additionally, you can discard all four if you wish.

4. In the second round of betting, players are allowed to fold or call. The only exception is when there are no bets. If that’s the case, then you can check.

6. If more than one player is still in the game, and then there will be what is known as a showdown. You win if you have the best hand.

The traditional poker betting structure, which involves blinds, is used when playing Badugi poker. Moreover, the game uses mandatory bets that rotate around the table, ensuring that every player has the chance to put money in the pot as the “orbit” of the blinds takes place around the table. The rules of this variation are similar to many other casino games. If you are already familiar with traditional poker, Badugi will be a breeze to you. In this variation, there is a maximum of four betting rounds. These include an opening betting round, and then after each draw, there is a betting round.

When you play Badugi poker, you will notice that there are numerous betting options accessible to you. These are similar to those found in other poker variations such as Omaha and Texas Hold ’em. Below, we look at three options, namely; pot limit, no limit, and limit:

Pot Limit: in this option, the maximum raise is capped to the pot value. The betting options are similar to the ones found in no limit Badugi.

Limit: with this option, you are allowed to place four bets. These are namely, the cap, re-raise, raise as well as bet. Like other poker games, in Badugi poker, the first two rounds start with a particular amount, which then doubles in the last two rounds.

When you play Badugi, you must take into account your position in the game. It is also important that you follow the optimal strategy to ensure that you maximize your chances of winning the game. A strategy you can use is wagering last.

This will allow you to learn the hands other players have based their cards on. An indication of a good hand is if a player does not exchange any cards in the drawing rounds. Another strategy you can use is if your hand is weak, exchange three or more hands. You also need to keep in mind that the betting options have an impact on your payout.